something to listen today. Passion in jazz part II. Undivided - The Passion [Multikulti]

I've just read an interesting short article about modern takes on "Passion" musical 'genre' that seemed long-gone until Krzysztof Penderecki brought it up again the middle of the last century. Passion of Jesus Christ became a subject of modern readings that would often omit entirely the religious message and search for more modern and alternatives readings - like "Jesus Christ Superstar", like controversial "Last Temptation of the Christ", but could also go way back before the time of Bach into the contemplative aura of medieval harmonies as in Arvo Part's "Passio".
(polish readers can find the article here, others can use the link to follow the youtube clips it proposes.)
So I thought about writing a short note about two jazz cds that fit well into this subject (both of them were played during the last radio program too). 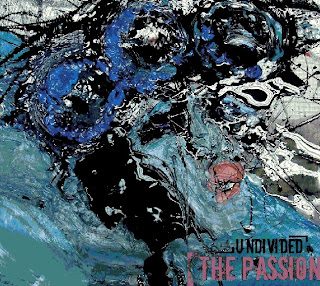 The Passion
Undivided:
Waclaw Zimpel - bass clarinet, clarinet, tarogat
Bobby Few - piano
Mark Tokar - double bass
Klaus Kugel - drums
Multikulti 2010
This cd got some decent exposure, winning the Happy New Ears poll on well-known Stef's blog. Fact is that it may be one of the most ambitious projects in jazz music for quite a while. Waclaw Zimpel composed "Passion" as a collage of vocal and instrumental themes from the subject's musical history, adding his own parts to it and glueing  and expanding thus created rhetorics with improvisation in an effort to create a musical and universal reflection about pain and sorrow, as described in biblical Passion of the Jesus Christ.

Any jazz musician enters an intertemporal dialogue with the jazz history, but, for an improvising musician, to add to this dialogue classical music masters (beginning with Medieval music, through Johann Sebastian Bach, reaching Krzysztof Penderecki) is extremely uncommon, quite unique in fact.
Zimpel enters also in a dialogue with one of the most important cultural texts written. The scenes selected upon their impact strenght follow the Gospel order : Night / Getsemani / Treason of Judas / Ridiculed King / Denial of St. Peter / Way of the Cross / Crucifixion / Death / Despair / Resurrection. As stated in the liner notes, composer's idea was to translate scenes into the sounds and to do that he would follow the rhythm and the melody of the sentences translating them into intervals. Talk about ambition...
So that's the idea, and one might have many doubts whether such a vision is adaptable for jazz music at all.  Overthought? Overachieving? Overambitious? But the realization is a definite success. The music is (melodically) rich and (harmonically) deep. Solemn  motivs are interlayered with cries of pain and despair. Powerfull, thunderous chords (Bobby Few is after all no stranger to fire and passion fueled music having played with Albert Ayler) meet dark and brooding tones of Zimpel's clarinets, thus creating the dramatic tension that will be at the core of this narration. Tokar is his usual raw, sometimes even brutal and Kugel can both add dark, contemplative shades  (bells, gongs, wood objects) or bring out the true full-scale storm. But as much as the singular performances are stellar and particular motivs are of incredible touching nature, this is about the big picture, about the vision, and that vision succeeds. Zimpel's composition is incredibly evocative and the performance makes it also emotive and one can literally see the scenes happening through sounds.
This music is not about religious experience but a personal vision, it is also universal in a way it provokes a reflection on the theme of suffering and pain, but also brings hope. If you still don't know this one, make sure to change that as this cd presents some of the most touching and beautiful music to be found.

Two pieces from the album are featured in the special Easter playlist from 02.04.2012.

part of the performance of "The Passion"
Autor: jazzowy alchemik o 11:08 PM