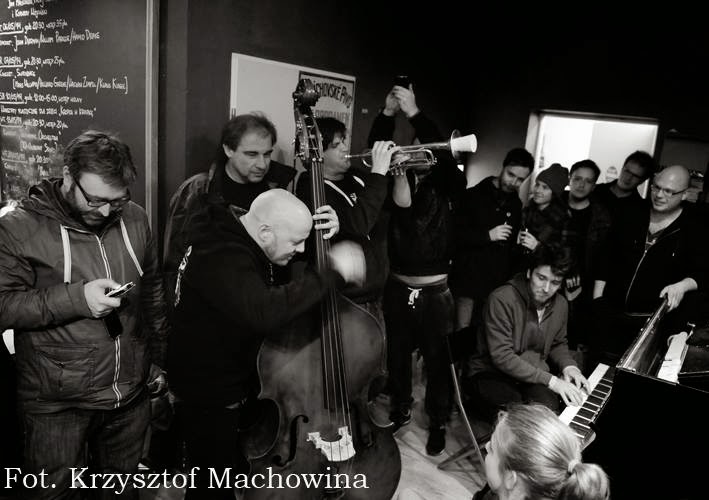 Let us start this time with where rather than who. Pardon To Tu has established itself in the recent
years as the busiest free jazz stage in Poland. Few years back such statement could be made Krakow's Alchemia, now I've came to envy the jazz fans in or Capitol. I believe it's perfectly natural that such places come to live and go, but I what I've witnessed in Pardon To Tu gives reasonable hopes that this particular places will live and love the music for a longer while.

The place, cosy and warm, makes the musicians feel at home, the audience is there, filling the house and listening enthusiastically. The musicians are there in the audience as well, to listen to each other, to learn and to enjoy themselves. Warsaw's free jazz scene is flourishing and Pardon To Tu has become it's hang out space. There's creative impetus around the place and its probably the most important manifestation is how the club tries to participate actively in forming its artistic enviroment, an example of which is the residence series of the "2 nights with" and improvised sets featuring the internationally acknowledged guests playing with polish musicians. 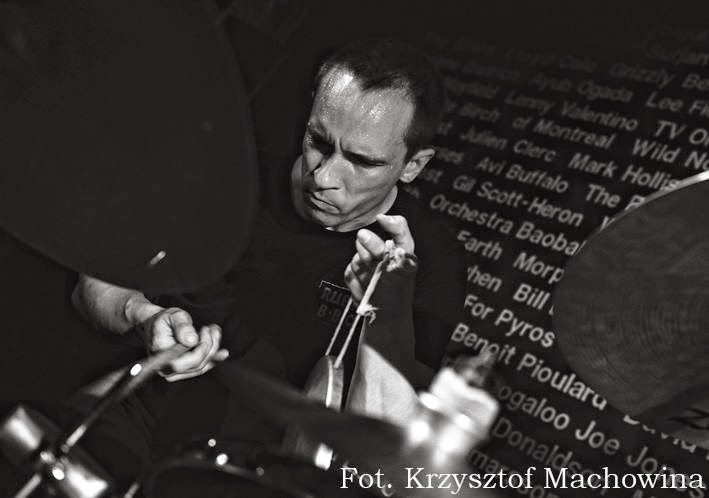 Which brings us to the particular evenings at hand. The three musicians of The Thing each had a set to play with musicians they never met before. The first group consisted of Dominik Strycharski on flutes, Olgierd Dokalski on trumpet,   on alto saxophone and Ingebright Haker-Flaten. Unfotunately the abstrac set lacked leadership and direction and, despie few promising moments, was rather forgettable.
The second set of the first night had Paal Nilsen-Love with Ksawery Wojcinski on bass, Piotr Damasiewicz on trumpet and Maciej Obara on alto - they launched themselves straight into free-jazz frenzy and stayed there throughout, with impressive panache, drive and gusto. Especially Ksawery's  connection with Paal was instant plenty of ethno-jazz grooves around, while Obara an Damasiewicz had played together ofen before, so there was no surprise to the level of their understanding and the mix of wild and measured. The quartet was definitely hot.
The second night was opened by Mats Gustafsson with Gerard Lebik on tenor, Ksawery on bass and Pawel Szpura. The charge was led with the voluminous and rusty sounds of Mats' saxes, with Gerard Lebik subtler tone serving as a counterpoing and ferocious drive provided by Szpura - Wojcinski section (playing together in Hera). Vivid, immaginative and colourfull. 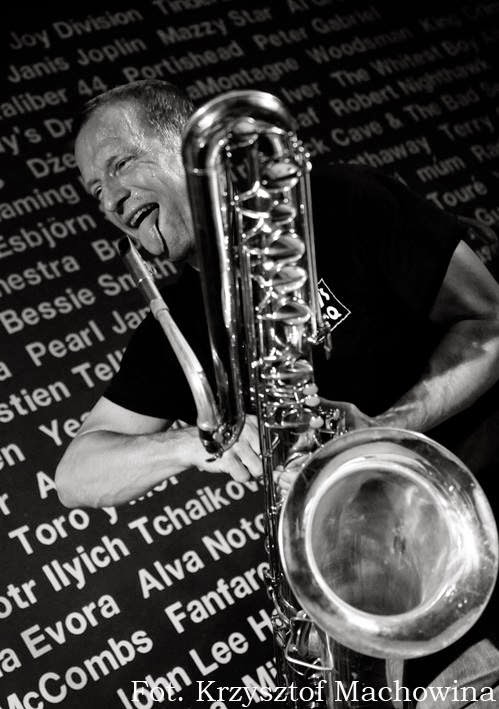 Last but not least, both nights ended with The Thing. What else can be said about this band? They have won couple of times the title of "The best live band" on El Intruso annual poll. They will smash your ears with medleys of rock'n'roll tunes played with punk attitude, insanity of avantguarde, heavy metal / hadcore volume and huge amounts of feedback noise. Their playing is a full dislay of brutal power (on that note, can you picture Pantera's "Vulgar display o power" cover? that's how feels a guy that has come to see The Thing having expected to listen to some jazz). The Thing is a rock act, as proven by the audience's reaction. Now more then ever with Ingebright switchin to the electric bass for the better half of the concert.
Three havyweight champion that will as willingly play Sonny Rollins or Duke Ellington as Lightning Bolt, Black Sabbath or Yeah Yeah Yeah. Vinyl fetishists (how have they managed to make 36 mins long "Mono" into 2LPs escape my undersanding for the moment). Barbecue and beer lovers. Last but not least monster musicians that will smash with your ears and knock you out with obsessive riffs an madness melodies. Yet again.