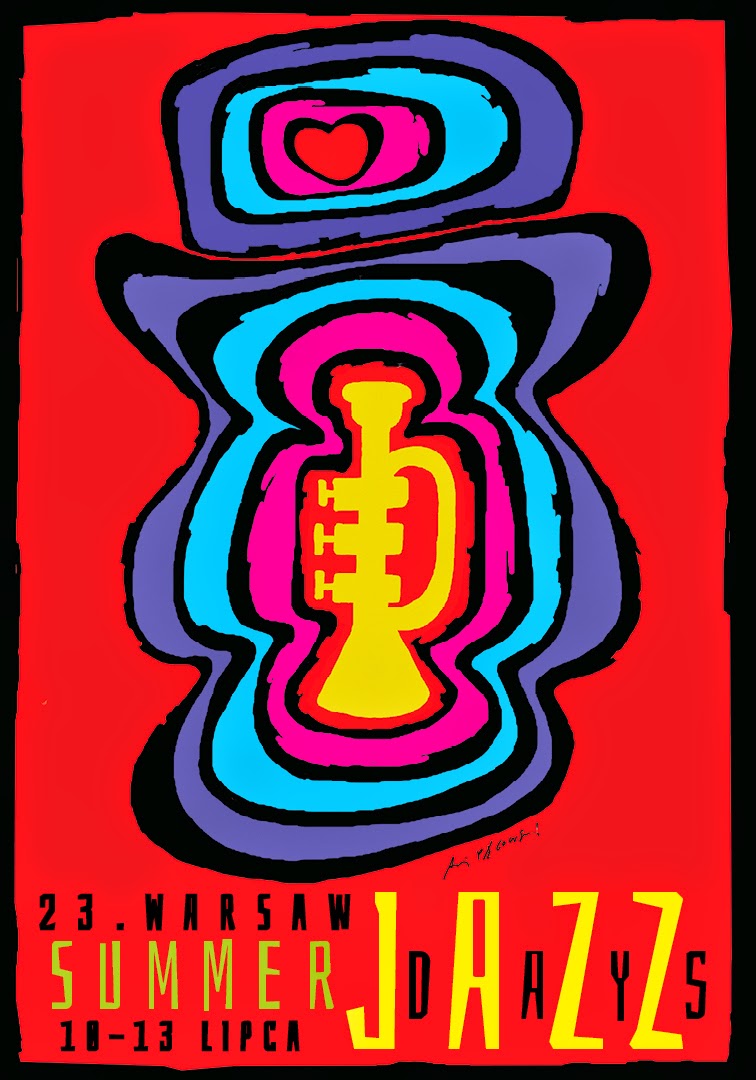 I've got a a problem with managing expectations toward festivals with "jazz" in their name. Now to me jazz music is something exciting, vital, invigourating. Something that should engage and challenge you emotionally and intellectually. It seems nowadays that the term means most of all pleasant. Which is ok. You can enjoy pleasant. But it's also can leae you with a bit of boring aftertaste. But, as I said, that's my problem of not being able to manage expectations correctly.

Four days in Warsaw were packed with jazz. Most of which swinged nicely. Little of which brought real excitement onto the stage. But there where some moments of smiley "wow", and "niiice" among the general "ok" toe tapping and, worst case scenario "meeh".

To the point. Let's talk about the "niiice". The memory of the festival's last day is most fresh and Gregory Porter made it a success. If you're interested in jazz music and don't know yet who's the guy it means you've been hiding under the rock lately. Claimed the new hope of vocal jazz and Blue Note records, Porter can deliver some fantastic songs. Not afraid to mix blues, soul, gospel influences with jazz, he has a ladykiller smooth, silky, deeeep voice and plenty of energy on the stage. But also a fine band behind and some great songwriting to go with it.

The second "niiiice" goes to the concert of the Day 1 - Gerald Clayton trio. In a format that's so overladden with history, Clayton's playing was fresh and energetic. He swinged and grooved lightly, adding plenty of soul and swag to the mix. An heir to Horace Silver line of groovy pianists? Very nice indeed.

The first "wow" goes to the finale of Day 1 - Marc Copland, Gary Peacock and Joey Baron. A true trio, with Peacock's bass taking very often the melodic frontline. Intimate, thoughtful playing. Three masters at work, completely dedicated to the music, no ego whatsoever. I was touched. The trio showed that in music (in art, in life) sometimes less can tell more.

The best concert of the festival was Liberty Ellman's quintet. Intricate harmonies, finely structured pieces juggling melodic and rhythmic counterpoints (with Jose Davilla being the middleman of the band - teaming up on tuba with bass, or with Lehman's sax on trombone). Obiously the muscians could deliver some fine soloing, but it was Ellman's vision of the sound and musical architecture that made the performances so precious. New York has a clear stamp on the band's sound, but the biggest influence is on Ellman is Henry Threadgill (he's playing with Threadgill ZOID group). The student learned a lot from the master.


There were some other moments. Like Di Francesco's quite lyrical and Davis-que trumpet playing. Or Dave Holland's bass sound (deep love) and Craig Taborn's vamps (but I didn't care much for the rocking Kevin Eubanks). Or Jack De Johnette lyrical piano, and fine digging version of Henderson's "Inner Urge" (impression destroyed by the unnecessarily showmanship on the funky bis). In fact I can complain all I want, but I wouldn't want to miss the festival. Looking forward for the next year.
Autor: jazzowy alchemik o 10:00 AM