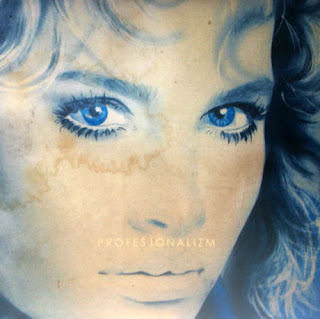 Marcin Masecki - pianino, compositions
Kamil Szuszkiewicz - trumpet
Michał Górczyński - clarinet, tenor saxophone
Tomasz Duda - baritone saxophone
Piotr Domagalski - double bass
Jerzy Rogiewicz - drums
Lado ABC 2011
Marcin Masecki's name resonates well in ears of any polish jazz/music fan but he's yet to gain international recognition and he most certainly deserves it. Masecki's talent, refined through years of classical education (graduated from Berklee College of Music) is undeniable. He's sound conception and style of playing is easily recognizable (he prefers, whenever it's possible, to play his own pianino instead of a grand concert piano, all in order to be able to create a personal rapport with his own instrument - something that comes more easily to musicians playing virtually any other instrument). The vast ground he covers with his activity is impressive - equally adept in mainstream jazz (with Zbigniew Wegehaupt Quratet), fully improvised concerts (solo, in duo with Ziv Ravitz, in power trio with Macio Moretti and Raphael Roginski), avant pop (Paristetris) or classical (fascinated with Bach's music). In any of those contexts Masecki remains unmistakenably Masecki, unique, idiosyncratic. Which brings us (well, sort of) to Profesjonalizm sextet, his latest release on Lado ABC (an alternative label he's been working with for quite a while now).
Masecki is a kind of revisionist-revolutionist musician. He paraphrases old music - rag, hollywood jazz, ballroom elegant dance music. He interlaces them with percussive explosions of clusters or semi-casual notes, a hint of minimalistic Satie-like lyricism, more than a hint of serial music as his solos often seem to oscillate around a certain chord or scale, built with repetitive, almost stubborn phrases, seeming deceivingly simplistic, like a practice-run, only to develop into an entire structure of intricate harmonic, melodic, almost visual patterns (while watching his fingers on the keyboard you start to immagine some kind of mathematical formula, he often choses to play a repetitive pattern with right hand).
With Profesjonalizm he takes his ideas and translates the concepts into a set of thouroughly written music for a medium-sized band. Swinging lightly and elegantly it comes like a music from past, suddenly sequenced, cut, interrupted with a series of dissonances. Masecki loves to play with various aesthetics, collides them, one after another or one by the other. As a result we get something of a postmodern music game, music about music, exceptional not only for its erudition but the sense of humour, as the sudden twists, the broken beats, broken melodes and scales, the orchestrated and pre-arranged chaos brings a true laugher. Masecki's music is at times bizzarre, grotesque, pastiche, vaudeville, cabaret. And if he's been often criticized for his attitude (playing with the music as much as playing the music) that's the quality I really love about his work.
Just to cite some (unnecesary) examples of the music - "Długi" ("Long") begins the cd with joyfull ravaging brassy sound, immediately cut into with a reharmonized quirky chord progression and almost naive, amiss melody, and thus back and forth, with an impressionistic piano solo in the middle and surf-rocking beat to go by near the end of the track. (check the "video" below)
"Drugi" ("Second") begins with a gently swinging tune (straight out of 30's upper class ballroom hall), scratched (like a vinyl record) with a returning dissonance, follows into a bebop baritone solo, than into a marching drums solo, than again into a circus-like theme, another (this time free) jazz sax solo soaring over an obsessive rhythm crescendo, leading for a percussive (filled with crazy clusters and thunderous scale runs) piano solo.
"Dęty" ("Brassy") crashes a 'r'n'b baritone base honking, broken funky beat and trumpet-clarinet fanfare.
"Ballada" mixes the lyrical piano phrase (Satie) with steady rock beat and separate horn melodies that seem all out of tune, out of scale, bizarrely false.
Chopin Chopin Chopin is playfull to begin with the title of the album (mockingly alluding to last year's anniversary of Chopin's birth when his music was overdone in every way possible) and the tracks' titles (apart from the ones cited above there's "Krótki" ["Short"], "Abersold", "Polonez") to end with the cover (it seems to be stained) and the notes on the inside (all musicians referred to as "Mister" and presented with both first and the second name). And it all reflects the music - humorous, cartoonish, filled with unexpected twists.

When John Cage was accused that his music provokes laughter he responded by saying that it's a reaction preferrable to tears. "Chopin Chopin Chopin" brings the music that can easily provoked laughter, an honest and deep reaction to what is a brilliantly written and performed set of music. While Masecki's music is best served live (obviously), this cd comes strongly recommended to anyone (laugh is an universal language, so is music).
I featured two tracks from the cd on this playlist.
another one is available in the radio playlist played on 02.20.2012
Autor: jazzowy alchemik o 9:30 AM