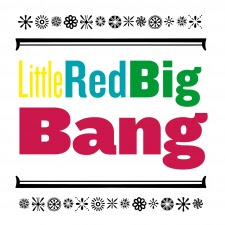 
I've been gathering myself to write about this one for quite a while. A few orchestras showed up on the blog recently but this one is unlike any of them.


The cd is a collection of songs as surprising and colourfull as the cover. There's strange, quirky, weird in the air all the time. The music is this wonderfull mixture of absurd and nonsensical constrasts. The majestic tunes, the somehow childish, charming voice of Elena Satien. They instruments clash with each other like in a circus. The melodies flow like a fairy tale. There's something slightly and wonderfully off about this group and it's indicated in the songs' titles such as "Weird Blues" or "Mad Waltz". There's weird and mad allright, the lushfull harmonies sound like some kind of a drunken orchestra, as the single improvisations seem to me the dancers of this absurd theatre.
As far as the genre it's hard to pin it down, think maybe Kate Bush, some folk hints, circus, Bertolt Brecht's drama. There are some fiery solos hidden between the most intricare and spirited arrangaments, but what I love about the cd is how each songs catches you with a surprise twist and you uncounscously start to hum every single verse and bridge and choir, and I honestly can't choose any examples because there are too many. Fantastic songs, great execution. This is consistently brilliant.
One of my favs of the year.