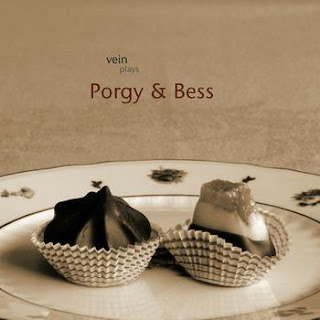 VEIN trio are twin brothers Michael Arbenz (piano), Florian Arbenz (drums) and Thomas Lahms (bass). You can hear them on their own on the „Porgy & Bess” (Unit Records 2011) as well as „Live – Lemuria” with Dave Liebman (Unit Records 2012).

The first cd puts an original spin on some of the tunes from the Gershwin's famous opera. „I got plenty o' nuttin'” strides nicely on the fast piano bass-lines. „I loves you Porgy” is lush and delicate as it's supposed to.
„Summertime” gets two treatments, on the first the evergreen melody is contrasted by the hard bop bass line and afro-cuban drum beat. The second one, even more surprising brings the melody, played on tuned gongs, to the percussive fiesta. „It ain't necessarily so” is played with uttermost bravado, melody presented on the prepared piano, driven by the energetic swing.
Less known tunes like „Crab Man” or „Here Come De Honey Man” showcase the dark yet elegant bass sound. „Lonesome Here All By Myself” delves into more deconstructive, open  forms. 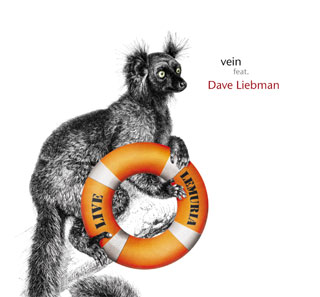 „Live – Lemuria” re-presents two of the Gershiwn pieces. „Summertime” energetic arrangament is fueled even more with the muscular tenor sax solo (and gets started with a slighlty funky bass intro). „Loves You Porgy” gets more lushfull. Liebman's tenor is truly masculine and, like a real gentleman, he can caress a lady, but will punch the bad guy without hesitation. The cd opens with „In Your own sweet way” by Dave Brubeck, which is too sweet of a way for my taste. Energy is brought back by the originals presented. „Lemuria”(by Michael) with its dynamic theme is a vehicle for some brilliant, sharp and twisted soprano solo. „Evolution” (by Florian) has a heavy bit and persistent percussive drive, features a great solo statement by each single musician in the group. „Climbing” (by Dave) developes slowly and patiently, a sort of composition where the tension stays right under the surface, you can feel it, rather than hear it through the increased volume or frequency of the sound.

The trio played two nights at PiecART club in Krakow and I must say (having witnessed the 2nd night of the two) their energy is inspiring. The trio played just a couple of tunes from the cds, focused on the new original material. The composing duties are divided between Michael and Florian. There's strong interplay as well as some energizing solos, the last piece of the evening brings down the hous with drum'n'bass patterns on the drums and furious tempo.

VEIN trio is not shy to refer hard-bop, swing, stride or even boogie woogie. Though it's not a post-modern, quasi intellectual play. Their language is modern, yet honours the tradition, their energy and honesty makes their music vivid and vital.
Needless to say such music comes highly recommended, to any appreciator of modern jazz. I'm not that much of a follower of mainstream piano jazz trios but i've enjoyed the heck of the VEIN music, both live and on the cd.

some tracks (both albums) are available on this playlist.

PS.
I've met with Michael Arbenz the evening before their first concert for a couple of questions, fragments of the conversation will posted soon on the blog.
Autor: jazzowy alchemik o 10:04 PM