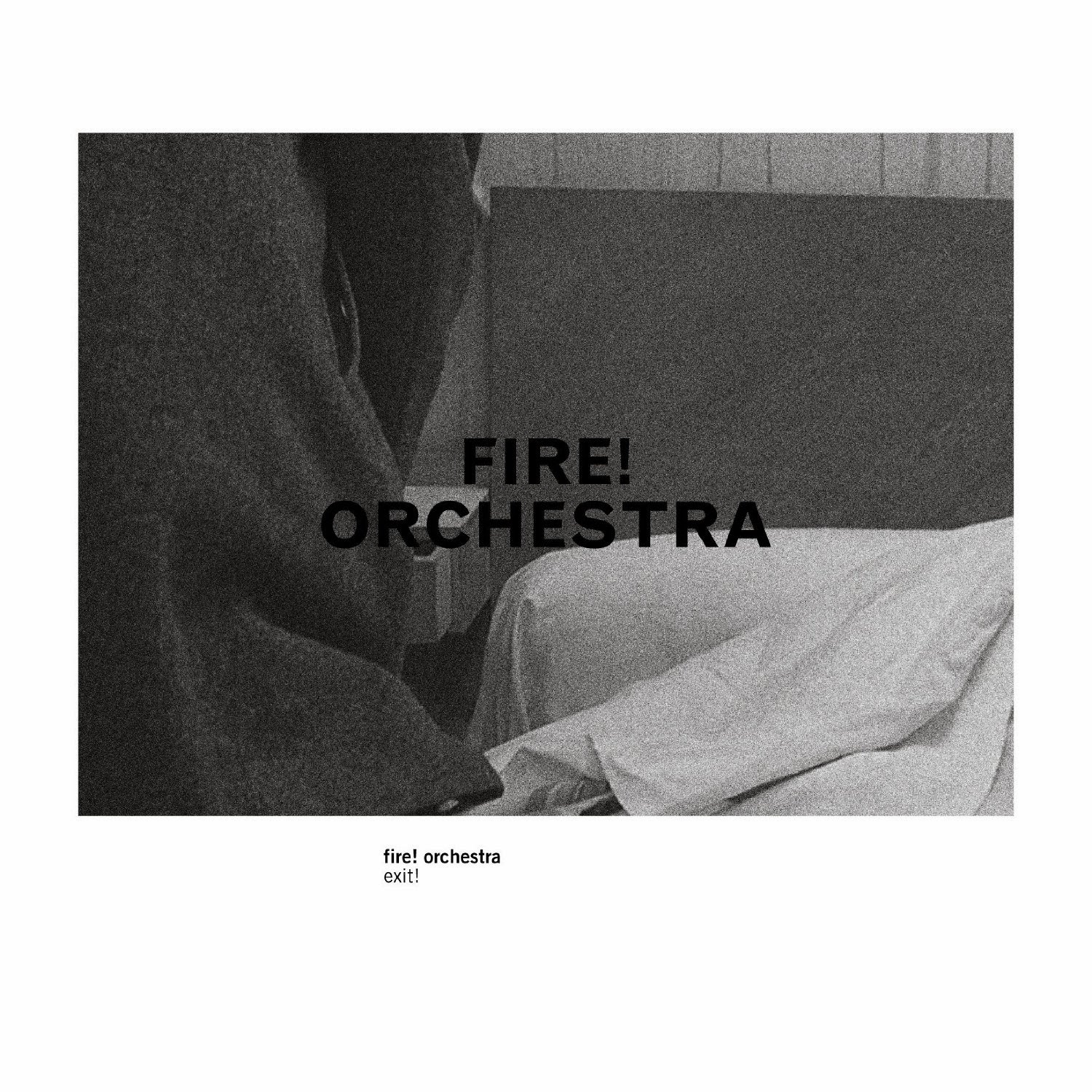 Fire! burned hot with improvised psychodelia on their latest trio release ("Without noticing") as well as previous ones featuring guest guitarists ("Unreleased?" with Jim O' Rourke on the blog as well). Mats Gustafsson however is ever a restless and exploratory soul and "Exit!" is a fruit of that.
Gustafsson's fondness for playing in larger groups is evident (vital member of Chicago Tentent, and Barry Guy's LJCO as well as New Orchestra for many years now) but It was not until the Krakow Jazz Autumn and Nu Ensemble performance I had a pleasure to see him lead his own unit, performing his own material, I was

Fire! Orchestra not only predates the Autumn festival (the material presented on "Exit!" was recorded in the january of 2012), it features Gustafsson's musical vision expanded into even larger, 28-piece strong ensemble.

"Exit!" is a divided into two parts (perfectly formatted to fit an LP) and starts with a low and steady bass riff. Three singers with their distinctive voices are introduced almost immediately to the listener, weaving their emphatic lines (horn sections slowly joins with some sharp tuttis) while the riff beneath walks forward steadily, slow but unstoppable. After some horns clash together and are followed by some guitar shredding. Pointed choruses comment the solo, vocalists join back with dramatic chant, tenor sax delivers a ferocious solo, then the piano a whole cascade of humping notes - whole orchestra sways back and forth. And we're barelly at the half of the piece, which halts right in the middle, with a solo vocal bridge to bring us into a second part, with second riff slow and bluesy. And so we move again forward as the music procession marches on slow, but unstoppable.
Part 2 starts with delicate singing, distant, with a blurry echo electronic effect, but the delicate ends as the rhythm section jumps in with a galoping edgy groove. Once again the piece will stop midtime for a delicate vocal interlude before moving to its second half, slightly more abstract yet filled with rock energy nonetheless.

The riffs, the guitar noise, the sax attack - we all know that from the previous Fire! releases, but this time it's 4 basses and 4 drumsests playing the riff, 4 guitars being shredded, 11 horns splitting the air and so on (the whole list above) - try to immagine now the magnitude sound of the Fire! Orchestra. And that's a new quality.
The second difference-maker and the new quality in Fire! Orchestra  music is the singing and the song form. Three strong voices, distinct melodies. Three singers to reigh the incessant rock drive of the Fire! Orchestra - that's a defintie challenge but they all prove to be up to the task.

The ensemble gathers together the veterans and youngsters of scandinavian scene, there's some fiery soloing but it's the orchestra sound that is the key to the recording. And it's Gustafsson's leadership and vision that is the key to the orchestra's sound. I know all polls for the 2013 are already closed (except mine personal one) but this cd belongs there in the "top of" of lists. To cite the youtube user Uvisir "amazing, psychodelic as fuck".