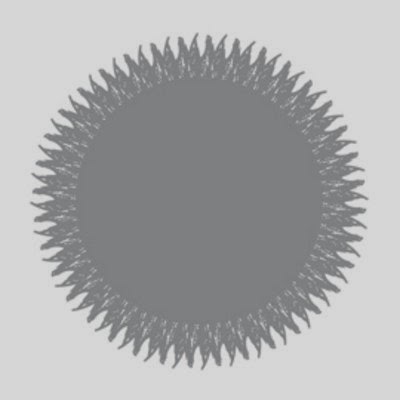 Another fine free improvised music trio from Bella Italia with Stefano Giust on drums (plays in a bit similar setting with MAGIMC), Nicola Guazzaloca on piano and Nils Gerold on flute. The last one is an instrument that rarely finds it's place in jazz music, amidst the muscular tones of saxophones its delicate tone can easily get lost. Obviously there are some luminous exceptions to that (Rahsaan Roland Kirk comes to mind immediately as well as Nicole Mitchell and, if bit less known, Mark Alban Lotz who appeared on the blog before).

Now, bear in mind flute is not the main instrument on the cd, the three improvisations are played very democratically. But I believe its presence, the way it's carving its mark on the music makes this cd particularly interesting. As it can't compete with the piano and drums in terms of volume, it fills the empty spaces, with grace and impeccable agility, sometimes like a small bird fluttering its wings and beating the wind. Guazzaloca's piano playing covers a wide dynamic territory, bringing some powerful impetus to the music, driven by Giust's very original way of playing - filled with pulse yet asymmetric. The music flows gracefully with some turns and twists, ebbs coming and going, with a lot of surprises on the way. The has plenty of adventurousness and rides the musical tides with ease. There's a plenty to enjoy on the cd (check the sample below).