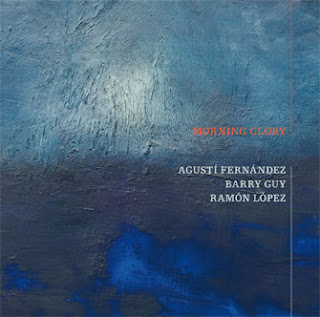 I'll start by sharing a short story, not of music itself, but of my perception of music.
When I started listening to jazz (not so long time ago) piano trios used to be mine favourite. I would listen to as much as I could get my hands on, and marvel at the pianist ability, speed, excellent technique. This playing, while great, would most often resolve around the central figure of solo player on piano, and backing rhythm section. After my ears and brain were introduced to freeer kind of jazz,  piano trio format somehow began to represent in my mind the most mainstream instrumental setting, that doesn't allow musicians the freedom I want to them to have, that limits most strictly the music in terms of harmony, that allows only chromatic scale sounds,  that executes most formally the soloist-rhythm section divison (piano trio would be opposed to in this scheme by pianoless trios that represents the most important vehicle for free music). I stopped listening to trios, finding most of the releases mere copies of old masters like Keith Jarrett, Herbie Hancock, Bill Evans - never surprising (not concerning a particular solo or piece but the general format), never innovative, quite often provoking 'booooring' and 'that was played a million times already' yawns.
Fortunately some fairly recent piano trio releases ("Farmers By Nature" with Craig Taborn and "More is Less" with Michael Wintsch come to my mind first) made my reevaluate my position on piano trios showing clearly that it is still possible to create in this format music that is fresh, innovative, immaginative, surprising. That there are still new stories to tell and new ways to tell them. So, while I'm always bit suspicious and cautious when it's about piano trio, I slowly get to appreciate this format again.
Although in case of this trio there was no actuall risk-taking involved (so maybe the whole introduction is a bit pointless) since I had both the pleasure of seeing this band live once (2009 Autumn Jazz Festival in Krakow) as listening to their first release ("Aurora" - Maya Recordings 2005).
I don't think it's a coincidence that the album shares its title with a composition Bill Evans used to play. While Augusti does create some abstract labirynths in some of the improvised parts, it's surprising how lyrical and touching he's playing can be. Barry adds some beautifull tones to the whole palette, definitely putting to use the teachings of classical music he's playing now a lot (some of the compositions also, I would say, hint towards those inspirations, like "Zahori'", check also the bass line in this piece), he's control of pitch, clarity of phrasing is one to admire (as I did a lot this year). Ramon gives You light touches, lot of texture, delicate, very nuanced and spare playing (mallets on toms, soft hits on plates, hand-played percussion).
On "Morning Glory" You'll find 6 compositions (all Augusti)  interlayered with 6 group improvisations, which gives it nice balance to start with. This is not fire music You could expect from those musicians, although it's not exactly ballad playing either. Instead You get music that transcends many confines. Some parts of group-credited pieces present playing that is so united it is hard to believe they were not composed ("The Magical Chorus"). Compositions, on the other hand, leave enough space for group-improvisation that would be completely off on main(stream) lands but is so much in place when at open sea. It is subtle and gentle without being soft, It is lyrical and passionate without being cheap. It is mysterious and indirect without being hermetic and inaccessible. Celebral but not distant. Exuberant and modest. Peaceful and meditative without loosing a darker and more dramatic, improvisational claw ("Perpetuum Mobile", "Benito (Jordi Benito in absentia)").
The melodies are simply beautiful, stunning. The interplay so deep and intimate, the harmonies and textures rich. And music so full of emotions, so deeply felt that it goes straight to your soul and grabs You by Your heart (and I could go on with the praisies for a long time). Some say that the hardest thing to play are ballads, and It is indeed rare to find this kind of playing. Where slow tempos and lyricism don't make You yawn and lull away but dream awake.
To make the release even better there is a bonus free disc included - "Live in New York" that documents concert versions of some of the compositions that were originally played on the trio's first release "Aurora" (4 pieces by Augusti, and my beloved, haunting "Odyssey" by Barry Guy), a traditional theme ("No Ni No' ") arranged by Augusti and a hand-breaking tempo read of "Rounds" by Marillyn Crispell (important collaborator of Barry in the past, the one who named Augusti her successor in Barry Guy New Orchestra). As musicians search for new layers of emotional depth and levels of intimiacy playing, You will find as much  (if not more) to appreciate on this bonus disc as on the main one, which makes this release a double treat success. Even if You don't like piano trios as much as me, You owe it to yourself to give this one a try.
ps. This music is to dream awake, so it's best served in the evening :)
ps2. You can find on YouTube great quality videos from concert in Zurich from 2007, with some of the pieces coming from "Aurora" that are also on the "Live in New York" bonus cd in this release.