After a set of orchestra albums it's turn for the other side os the spectrum - a solo performance. This specific kind of act where the artist has to dialogue with the space, the instrument but, mostly, with his inner self, to provide all the musical structure and substance is necessary for the music to work. 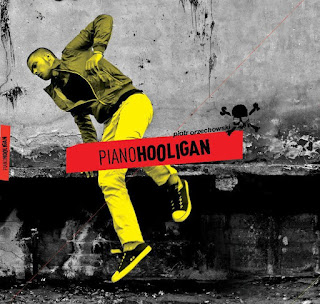 I've written recently a few times about how special talent this guy is, and it is on full display on this cd.
Orzechowski plays a piece by Bach ("Preluda a"), Keith Jarrett ("Coral"), Schostakovich ("Fugue a") and a series of Scherzos of his own. Brilliant technician, subtle and immaginative and sensitive artist. Plays short, coincise pieces bursting with ideas (a suite of sort as some of the themes appear more times throughout the cycle). The inclusion of three composers in the tracklist is a manifest of influences and describes well enough Orzechowski's singular style, and he already posesses a voice of his own, mixing jazz (both traditional and modern), concert piano music (both history and modern), gospel infused chordings (clear influence of Jarrett) and impeccable sense of melody. He confronts the huge history of solo piano music with lightness and bravado.

While he's preparing for a registration of full-lenghth cd, this self-released album (32 minutes long) is a brilliant introduction to what should be a long and fruitfull career.

I presented a selectrion from the cd in this playlist, others are here. You can listen to the whole thing on his  site http://www.piotrorzechowski.pl/ (Scherzos IV and V are stunningly beautifull). You can also find a lot of classical music on his YouTube channel. 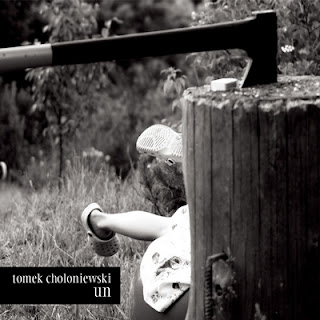 
Tome Choloniewski is one of the most active figures on the Krakow improv scene and his name appeared often on this blog on the many occasions of his live performances. Which makes it even a  more distinct pleasure to present his solo performance cd.
5 tracks, a play on words ("Unit", "Untitled", "Untilted", "United", "Unlitted") and a play on sounds as he presents the range of his instrumental vision. Choloniewski does what the best performers strive to do, he managed to create his own musical language, a collage of sound and strategies that, inspired by percussion traditions of world, jazz, improv, avant guarde music(s) are an expression of his own artistical identity. First track is wonderfully melodic meditation on his array of pots and plates (remind me sometimes of a marimba sound or thumb piano). The second one is a paradoxical arythmic organisation of short hits and shouts, in the latter part opposing thin tin fast sounds against bass static noise. The third one is a exploration of drones and gongs and every kinds of suspended, eerie, even nightmare sounds. The fourth brings back the melodic, ethnic sounds of his pottery set, looped to create an ever-shifting mirage, finished with a tribal roll, heavy on the toms and bass drum. Which is probably the first moment of the album which is easily identifiable as being played by a drummer on a drums set. The last track unveils slowly and graciously, sparing, modest drumming just gliding over an otherwordly static white noise.
This album is not even 20 minutes long, yet it's long enough to appreciate how singular Choloniewski's approach to drums music is. Which is definitely not a music for drummers only.

the cd is featured in this playlist as well as that one.