Jazz Alchemist radio vaults with Antonio Carlos Jobim and others

Another one and the last one of the series of archival programs (I feel confident I'll be up to the task of the first live program in 2012 next week). This one was originally aired on 25.01.2010 and was dedicated to Antonio Carlos Jobim (born precisely 25.01 in 1927) and the subject of bossa nova. Bobby Hutcherson (born 27.01.1941) is also featured plus a some concerts of the period are reffered to. As the temperatures outside, at least here in Krakow, keep falling down I hope it will warm you up. 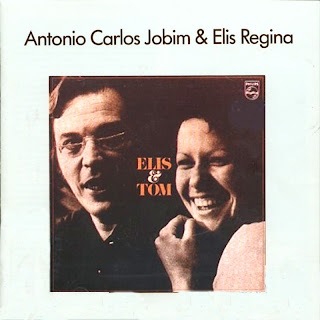 With the recent review of the Inner Ear Quartet cd and the soon to be posted interview Mikolaj Trzaska is already heavily featured on the blog in this time so I will write only briefly about his last performance in Krakow.
The evening in Cheder Cafe was a part of a series of Midrasz labs organized by Beit Krakow - a youth association that's reviving jewish society and jewish culture in Krakow. Midrash means an interpretation, and the subject chosen for the evening was Eikhah - the book of lamentations written by prophet Jeremiah who mourns after the destruction of Jerusalem.
A particular evening as it was something much more than just a concert. Mikolaj started by introducing himself, telling about his childhood, about how he found out about his heritage, what it means for him. He commented those stories with two solo improvisation, being equally honest and intimate and attention-grabbing in his music as he was in his words.
With Zofia Bartoszewicz he "read" through chapters of the book, creating together a musical story of sadness, anger, solitude and hope. Story which, as the evening went on, was also narrated and commented by Tanja Segal -  a female rabbi. In the final part of the evening Mikolaj and Zofia were joined on stage by music students who were in the audience - and, although they (the students) seemed bit reluctant at first, they created together a pair of quite inspiring pieces, melodic, open, filled with gentle yet intense interactions.
A glimpse into the interview with Mikolaj as I find this fragment a fitting commentary:  "people need, we need to be able to identify ourselves with something good, not only in ourselves but also outside, in culture, in family..". And this evening was a good example of that. A thought-provoking, heart-warming (despite the subject) intimate and very friendly meeting with an artist and the culture he represents.
At the end musicians and the audience celebrated together the end of sabbath and we all wished each other a happy new week. It is quite beutifull that an evening of lamentations ended in such a joyfull way.
Mikołaj Trzaska - bass clarinet, alto saxophone
Zofia Bartoszewicz - voice
Cheder Cafe. Krakow. 21.01.2012
Autor: jazzowy alchemik o 6:06 PM No comments:

Jazz Alchemist Radio vaults with Julius Hemphill and others

Once again we're digging in the archives and I came up with a radio playlist that was aired originally almost exactly one year before - on 24.01.2011. The original post with the playlist can be found here. I hope you'll enjoy this listen. We celebrate birthdays of Julius Hemphill, Ahmbed Abdul Malik, some concerts and then recently reviewed cds.
If anyone is interested - I'm getting much better, I want to thank you for the 'get healthy' wishes I received, and I am planning to get back with the live program in two weeks (as the next monday Hadar Noiberg Trio play a concert in Alchemia). 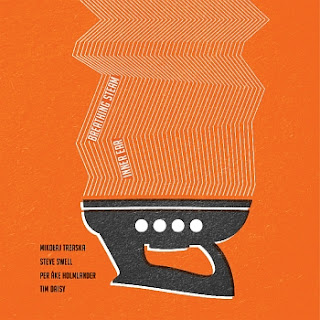 Inner Ear Quartet:
Mikolaj Trzaska - alto saxophone, bass clarinet, tarogat
Steve Swell - trombone
Per-Ake Holmlander - tuba
Tim Daisy - drums
Kilogram Records 2011
Inner Ear group is an offspring of Ken Vandermark's Resonance Project (it's second edition to be precise, the one that resulted in "Kafka in Flight"). All the musicians involved here arrived late to Krakow the first night of the project and thus was formed the group to play the last set of the evening.
Ironically enough, when the decision to reunite came and the band was to play a small tour in Poland last year, Tim Daisy and Steve Swell got stuck at the airport in Munich and couldn't show up for what was planned to be the final concert of the Autumn Jazz Festival of 2010. The other two played that night with Ken Vandermark who fortunately was still in town (more about which in this post). All the travelling - logistics problems did slow them down, but in the end the quartet got together, united by the will to play music with each other. The music on this cd was registered a week later in Radio Gdansk Studio.
Read the entire post ->
Autor: jazzowy alchemik o 10:35 AM 1 comment:

I remember the first time I've heard John Coltrane's duo cd with Rashied Ali, that was how it all started for me. I had listened before to Coltrane with Davis, I had heard and loved "Love Supreme" but when I heard "Interstellar Space" I knew, somehow, I felt touched by this music. It was free, powerfull, deeply spiritual. I felt liberated, empowered.

Coltrane spoke through his music in particularly clear way. He didn't have much need for words. But when he did use them he did it wisely. This book gathers together all available Coltrane's interviews, covering most of his career span and diversified topics. The power of his spirit speaks through the modesty in which Coltrane expresses his thoughts. In addition to the interviews (some of them newly transcribed from the surviving audio tapes) Chris DeVito collects a number of liner notes and short articles about Coltrane which gives the reader a more complete feeling of the era.
Enlightning and fascinating reading. Easily recommended, belongs in any jazz collection.
My goal is to live the truly religous life and express it iny my music. If you live it, when you play there's no problem because the music is just part of the whole thing. To be a musician is really something, it goes very, very deep. My music is the spiritual expression of what I am - my faith, my knowledge, my being - John Coltrane quoted in Paul Zimmerman's "The New Jazz" in Newsweek 12.12.1966


Here's an audio recording of the interview with Frank Kofsky which can be found in the book.

From Jazz Alchemist Radio vaults - something funky for carnival

I still am quite limited in my activity so instead of a new live playlist I dug into the archives and decided to draw from the selection of more laid-back Jazz Alchemist playlists. So here we have a program that aired originally on 4th May 2009 and was dedicated to what's funky in jazz.
William Parker with his Curtis Mayfield project played around that time in Warsaw and this was the main inspiration fot the topic chosen (Kris Wanders and Dragons 1976 appeared in Krakow as well at that time). I hope that you'll enjoy this and it will get you in the right mood for some funky carnival party. (sorry for the mic quality - the program was prepared at home).
1. Dragons 1976 - Drifting
2. Lester Bowie Brass Fantasy - Papa's got a brand new bag
3. William Parker Octet - We People Who Are Darker Than Blue
4. Albert Beger, William Parker, Hamid Drake - Funky Lacy
5. Kris Wanders Unit - Continual Derangement
6. Mitch & Mitch - Frankkus' Dilemma
7. Spaceways Incorporated - Red Hot Mama / Super Stupid (K.Vandermark, N.McBride, H.Drake)
8. Sex Mob - Please Please Please
9. James Brown - Medley (Papa's Got a Brand New Bag / I Got You (I Feel Good) / I Got The Feelin')
10. Dee Dee Bridgewater - Sex Machine
11. William Parker Quartet - Groove
12. Liquid Soul - Ramblin'
13. William Parker Raining on the Moon - Music Song
14. William Parker Raining on the Moon - The Watermelon Song
15. Ray Anderson Big Band - Don't Mow Your Lawn
16. William Parker & Hamid Drake - Never Run But Go, part 2.
17. William Parker & Hamid Drake - Black Cherry
18. Jason Adasiewicz - Rolldown (with Aram Shelton in the group)
"Never Run But Go, Part 2" from William's and Hamid's record with Peter Brotzmann "Never Too Late But Always Too Early" is also used in the background during the announcements. 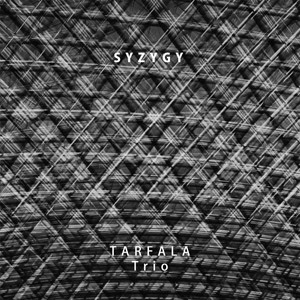 Tarfala Trio:
Mats Gustafsson - tenor, alto saxophone, fluteophone
Barry Guy - double bass
Raymond Strid - drums, percussion
NoBusiness Records 2011
If you're interested in improvised music at all, you're quite familiar with and possibly fond of all three musicians named above. No surprise really as they're all about the most active and prolific masters of the improvised stage. And they prove so with this particular release that was recorded live in Belgium in 2009.
Read the entire post ->
Autor: jazzowy alchemik o 9:34 AM No comments: 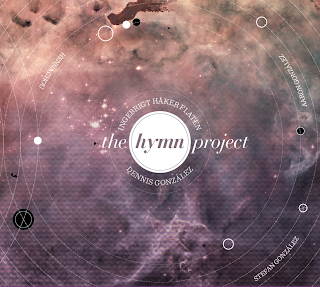 I hope most of you are familiar with Ingebrigt's duo cd with Hakon Kornstad  "Elise". Rooted in the tradition of religious folk music. When Ingebrigt met Dennis at Dallas the theme of church music came up and it was close to both of them, that's how "The Hymn Project" was born.
Read the entire post ->
Autor: jazzowy alchemik o 7:00 PM No comments:

I hope you all had better start of New Year. I started with appendix. Thus no movement on the blog recently and it might be so for another week or so. On plus side, while in hospital, I finally found time to finish some reading, which I'll write about soon. I hope you'll forgive me this silent period.
Yours sincerely
Bartek
Jazz alchemist