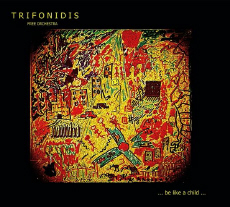 
Another big group, my favourite position in the slowdownrecords catalogue - not really surprising if You notice the 'free' word both in the band's name and in this blog's title. While still a set of composed pieces this one allows much more room for improvisation and brings You also the most balanced instrumental line-up - with 2 tenors, 2 altos, 2 trumpets, a tuba and the rhythm section.


Bielawski comes through again with precious melodies and harmonic depth (simply and touching theme of "Free Warsaw", with nice trumpet solo in the middle of the track). The improvisation comes forward not only as a solo inside the composed material but also as a built-in ingredient of the composition's formula - like in spare and spacious "Slam". This band can punch and kick with great energy ("The man with the lash and the beast") but adding to the mix the passion of free-jazz (wonderfully screaming sax over the majestic, epic movement of "Born to fight", boiling ensemble blowout in the "Run") and engaging in more abstract, spontaneous voyages - as in "Chromatic Sixteen" which starts with spare call & response explorations, moves into the fluent sax lines exchange and then into modern swing - nice twist on the nature of improvisation - not coming from, but arriving to the composed material.
The biggest game changer for me - making this one not only an enjoyable (like "the Dudes" by Tricphonix) but also an engaging listening - is the rhythm section. With Wojtek Traczyk on bass (known from The Light trio with Waclaw Zimpel) and Pawel Szpura (Hera and Cukunft among other projects). This duo can lay  the groove but most importantly can push the music forward also in the more uncommon territories when needed. Listen to how wonderfully their playing changes in "Tripolis", between the wild beat of the ensemble section and the light colourfull touches of the solo passage (the track ends also with a nice solo on drums by Szpura). Or how they push forward the "Playground" through the first sax solo - this piece is possibly the highlight of the album, with a fantastic brass trio section (tuba and two trumpets) and the bass solo by Traczyk, the most impressive singular statement of the disc - powerfull arco, rich and colourfull, uncompromising in timbre (wonderfully commented by Szpura on drums), then, as they give back the groove to the band, horn section starts re-building the dynamic momentum, the tension and finally collapse, disassembling the arranged riff into  free and wild playing.
"...be like a child..." is a great ending, with clear theme, nicely structured arrangement (gently oscillating vibrato showing again his love of cinematic effect), anchored in the bass line, and balancing the line between solo and ensemble roles - somehow summing up the whole album.
Balancing the whole time - between composed and improvised, big ensemble sound and personal expression  - this is a great musical meal, with compositions being the substance but great playing being the sauce and the spice. I have to say that I like it more and more with each listen which is something a really good music should.
You can see this band here (without Luis Nubiola but with Waclaw Zimpel on bass clarinet and Tomek Stawiecki on clarinet) going through first two compositions of this cd: "Born in my own melody" and "Born to fight".

and some recent videos (showing even wilder and more expansive playing) leave me with a hope for more coming from this band in the future. Watch as they go through "District" featuring an explosive solo by Ray Dickaty (again bit different line-up, can't tell the faces in the dark though).