and here goes the 2nd part of my votes

Composer
1. Harris Eisenstadt
2. Adam Lane
3. Satoko Fujii
-I already wrote about staggering beauty of "Woodblock Prints". After fantastic, afro-inspired, "Guewel" Harris Eisenstadt brings You into completely different territory, one full of gentle and somehow exotic charm of Japan.
-Adam Lane revives big band in a truly amazing fashion. Duke, Mingus, Black Sabbath and Iannis Xenakis - it's all there and much more, all to Your delight.
-Satoko Fujii is one of the most intriguing composers in the pool today, with quirky themes, dramatic twists and post-modernistic plays. Great release with Ma-Do Quartet ("Desert Ship" on Not Two) and fantastic concert entitled "Chopin Noise" guarantee her the 3rd spot on this list.
-Honorable mention to Waclaw Zimpel whose conceptual writing for both "Hera" and "Passion" releases is awe-inspiring for its majestic touch and complete vision. Yet I don't want to spoil him too much.
Ken Vandermark is always high in this category also, with live album by Vandermark V Special Edition presenting absolutely killer stuff, but we knew those compositions already and now I'm waiting impatiently for the second "Resonance" release coming soon. 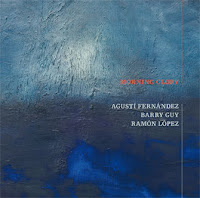 Piano
1. Augusti Fernandez
2. Satoko Fujii
3. Myra Melford
-With his playing during the Barry Guy New Orchestra concerts in Krakow, and adding the “Morning Glory” to it there really was no other choice for me than to put Augusti on the 1st spot.
-It’s impossible to set aside someone’s playing skills apart from the other roles she’s responsible for. Satoko Fujii’s place on the spot is not only my acknowledgement of her piano playing but also her ability to lead the band and, yet again, her composing, and her musical vision – all in full display on already mentioned “Desert Ship” [Not Two] and “Chopin Noise” project.
-Same thing goes in Myra Melford case whose Be Bread Sextet’s release the “Whole Tree Gone” surprises with unusual line-up, intriguing compositions and great leadership on Myra’s part, as much as great playing. 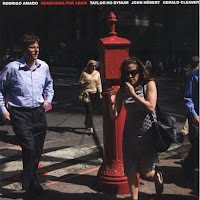 Sax
1. Rodrigo Amado
2. Ivo Perelman
3. Ken Vandermark
-With “Searching for Adam” not getting to the top 3 in this poll I just had to give Rodrigo Amado his due spot in this category, his playing on this album is absolutely splendid, mature, passionate, imaginative.
-Ivo Perelman’s presence is a last-second change in this category as I am taken by his playing on “Stream of Life” [Leo] – a duo with Brian Willson (that will get reviewed this week or so). Putting it together with another duo (“The Apple in the Dark” with Gerry Hemingway, also on Leo Records) and the trio “Near to the Wild Hear” [Not Two] makes his case strong enough.
-Ken Vandermark playing on “Milwaukee Volume” with Paal Nilssen-Love is fantastic as ever, and he got his share of releases last year, but he’s on the list mostly because I couldn’t forget about his solo concert.
-Joe McPhee would be always at the top of the list too (great “Magic” release with Mikolaj Trzaska, Dominic Duval, Jay Rosen; fantastic duo with Ingebrigt Haken-Flaten “Blue Chicago Blues”, both on Not Two). So would Dave Rempis, Mikolaj Trzaska, Martin Kuchen and many more, all fantastic musicians and sensitive artists.

Trumpet
1. Taylor Ho Bynum
2. Magnus Broo
3. Peter Evans
Another crowded category
-Taylor Ho Bynum playing is to be found on “Searching For Adam” with Rodrigo Amado’s quartet, “Ashcan Rantings” by Adam Lane’ Full Throttle Orchestra and great duo “Stepwise” [Not Two] with Tomas Fujiwara. You can’t miss any of those.
-Magnus Broo was also busy and while I haven’t yet heard his own quartet cd (shame on me) he’s playing with Vandermark V Special Edition, Angles and Atomic can’t be ignored.
-Peter Evans gets the 3rd spot because of his playing with Evan Parker/Barry Guy/Paul Lytton on “Scenes from the House of Music” but I have to admit it was a tie between him and equally creative Nate Wooley (a duo cd, coming in 2011 should be a real blast).
And it’s great to see that so many young trumpet players are coming forward with likes of Jaimie Branch, JP Carter (Aeroplane trio), Christian Pruvost (playing right next to Natsuki Tamura in Kaze Quartet), Kirk Knuffke.
third and the final forth part will be made available tomorrow.
comments section waits for Your oppinions :)

(edit: I just remembered that the Poll has also the keyboard category but I couldn't really remember anyone impressing me on keyboards this year so I skipped it)
Autor: jazzowy alchemik o 10:58 AM