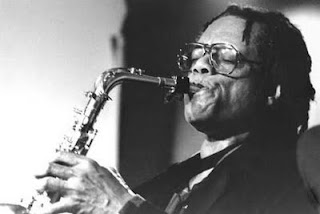 I put a piece or two from each disc of the box but make no mistake - it's merely a modest sampler.

Birthday wishes go to Bill Frisell who is featured with a track dedicated to Hemphill and another tune from the same disc (This Land).