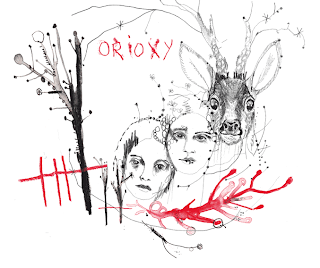 If you have any doubts about what to do next couple of evenigns, some suggestions follow:

PIEC'Art brings another scandinavian group to Krakow for a two-night stand. An intriguing instrumental setting puts together voice, harp, bass and drums to bring surprising music that is poetic, dark and theatrical. The material available on the web sounds very inviting.


and for the weekend a couple of something more on the party side:

13-14.04 Malgorzata Moskiewicz in PIEC'Art.
A vocal jazz quartet, I admit I never heard the leader so far but the rhythm section is made of young talent's of Krakow's scene in persons of M.Pałka - p, M.Parker - db and G.Pałka - dr.
Autor: jazzowy alchemik o 4:30 PM