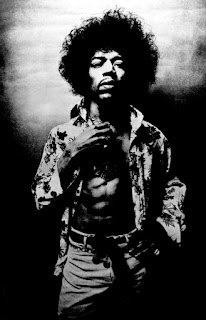 Autumn is so intense, and so many new great cds have been released recently that...I decided to catch a short break from here and now and the playlist is dedicated to the one and only the great Jimi Hendrix who would have his 70th birtday tomorrow.

Has there ever been any other musician who changed his instrument for ever in a way and to the extent Jimi did? Charlie Parker, John Coltrane, Jaco Pastorious? They've come pretty close but I don't think anyone had such an impact as Jimi did.

Debates aside, hope you'll enjoy the music, some pretty surprising takes on Hendrix songs in there.