And the El Intruso Poll votes continue below: 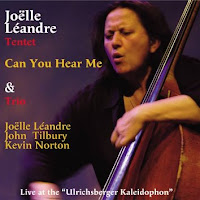 5. Album of the year
- Joelle Leandre Tentet / Trio - Live at the "Ulrichsberger Kaleidophon"
- Ig Henneman Sextet - Cut a Caper
-
Possibly the most difficult category and I went with Joelle Leandres release on Leo Records which is not only stunning but also a double cd so I get to put two completely different groups (Tentet and a Trio) on the first place.
"Cut a Caper" by Ig Henneman is an album brilliantly composed, performed by a stellar ensemble and executed with staggering passion. Adventorous, captivating, demanding and rewarding.
As there were so many great albums released in 2011 I couldn not reach any decision on the third spot and decided to leave it blank. 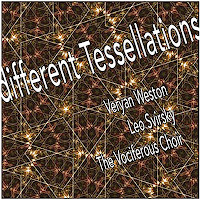 6. Composer
- Veryan Weston
- Achim Kauffman
- Ig Henneman
It's a rare case that an improvising musician creates a compositions to be performed by another musician. Veryan's "Different Tesselations" is an incredible vehicle for Leo Svirsky in his virtuosic performance as well as for the unique and surprising chants by Vociferous Choir.
"Verivyr" by Achim Kauffman trio presents some of the most intelligent jazz writing. Tricky, filled with surprising twists and contrasts. Example of how a good composition should be much more than just a mere pretext to introduce the improvisation.
As for Ig Henneman see above the nomination of her sextet's album "Cut a Caper". Brilliant, post-modern compositions, collourfull and attentive arrangements, a masterpiece.

7. Drums
- Tom Rainey
- Paal Nilssen-Love
- Gerald Cleaver
Tom Rainey's playing on Anderskov Accident's "Full Circle" is an absolute magic. Melody, detail, power and finesse. Add to that also his appearance on Marc Ducret's "Tower, vol 2" and no furher arguments are needed to explain his spot on the list. (* Tom's photo from allaboutjazz)
Paal Nilssen-Love is one my favourite drummers, creative, fast, strong, heavy and unstoppable. His playing in a duo with Ken Vandermark as well as on great live album "Winter's Tour" by Calling Signals 09 (Gjerstad / Corbett / Stephens / Nilssen-Love) guarantess him the second spot on my list.
Possibly one of the richest categories around as there's so many fantastic drummers around but I decided to give the third spot to Gerald Cleaver for the consummate passion of his playing on "The Hour of the Star" by Ivo Perelman's Quartet.

8. Bass
- Nick Stephens
- Lisa Mezzacappa
- Eric Revis
You can hear Nick Stephens full bodied, muscular tone and unlimited energy on a few releases from 2011. So far I've written about "Winter's Tour" by Calling Signals 09 (Gjerstad / Corbett / Stephens / Nilssen-Love) and "Kongens Gade" - trio with Jon Corbett and Louis Moholo-Moholo but I'll probably add to that list soon. (Nick's photo from allaboutjazz)
Lisa Mezzacappa's playing and vision is on full display on "Cosmic Rite". Fabulous playing that underlines perfectly the ensemble.
Eric Revis's could be heard both on stage as on record with the Avram Fefer trio (with Chad Taylor filling the drummer's spot). A master in full control of the instrument, fabulous performances. Here's more about the "Eliyahu" cd, while here's more about the concert.


Rapahael Roginski's sound is something absolutely unique, I had a pleasure to see him twice on stage with Jewish Surf project and once with special quartet formed by Waclaw Zimpel, Perry Robinson, Michael Zerang and himself. In 2012 we should see a second release by Shofar (with Mikolaj Trzaska and Macio Moretti) and the cd documenting the session with Perry Robinson. Can't wait.
Fred Firth mesmerized me with his unorthodox approach to the guitar (which almost never sounded like one) during his solo performance during the Open Ear evening (celebration of the polish presidency in EU). A fabulous improviser and great composer which can be heard also on the cd "The Big Picture" by ARTE Quartet playing his older composition "Freedom in Fragments".
Aram Bajakian's debut "Kef" album delivers some smoking hot guitar shredding as well as beautifully delicate melodies.

10.Piano
Veryan Weston
Achim Kauffman
Marcin Masecki
Veryan Weston not only charmed his way with his ubiqous "Different Tesselations" as a composer but even more so as a piano improviser with fantastic duo album "5 More Dialogues" with Trevor Watts. The fact that I missed (due to the illness) their concert in Krakow is one of my biggest regrets of the 2011. Truly original, and incredibly immaginative musician.
Achim Kauffman for his trio cd "Verivyr" deserves appraisal both as a piano player and a composer. It's been long since a piano trio album took me by surprise the way "Verivyr" did.
Marcin Masecki's piano playing is something special, completely unique and peculiar, mathemathical, sometimes catchy, sometimes sketchy, in search for weird, funny patterns and figures, in complete opposition to the most common post-romantic approach to the instrument. I've written about his Profesjonalizm band and "Chopin, Chopin, Chopin" cd.


Jacob Anderskov's playing on Wurlitzer and its sound makes the difference on one of the best cds of 2011 "Full Circle" by Anderskov Accident. Simply great.
Pawel Kaczmarczyk entertained greatly as a keyboard-wizz with cosmic modular sounds, funky riffs and fuzzy solos when playing with Mazolewski Bund Band at Cheder Cafe. Pure fun.